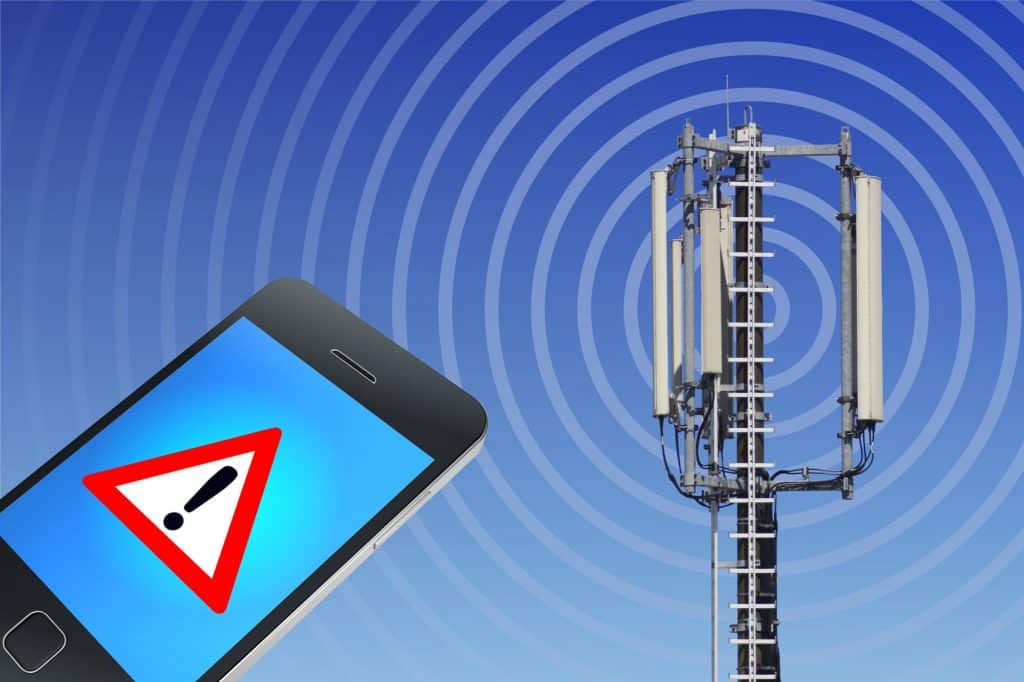 Are parents willing to sacrifice some conveniences for the sake of their children’s health?

At the end of the day; anti-vaccine advocates want what’s best for their children.

But could they go without their WiFi?

Can they live a life without the convenience of technology?

Because there is far more proof that electromagnetic frequency exposure can cause ADHD and autism.

In this ever-evolving age of technology we live in; we are constantly bombarded with non-ionizing radiation.

Ionizing radiation will quickly kill you… but non-ionizing radiation will slowly erode your health… much like the way the waves of the ocean slowly wears away rocks of the shoreline. It’s for this reason scientists are unable to conduct clinical double-blind testing to report undeniable evidence.

“Experts” claim EMF is safe… not because they have proven it to be safe; but because it can’t be proven not to be safe.

Would you let your young child swim unsupervised because it can’t be proven that they’ll drown?

The World Health Organization released a report that low non-ionizing radiation is a possible carcinogen. The report stated that it’s not conclusive, but highly probable.

The study also recognized the fact that electro-hypersensitivity was a detrimental medical condition.

Studies published in the US National Library of Medicine report:

Kids these days are tethered to their devices 24/7… they use computers at school, they walk around using their ipad or phone, they come home and play computer games, then do their homework on their computer… and in many cases sleep near their computer or phone.

ADHD and autism used to be virtually non-existent, but in the last 20 years, these disorders have boomed exponentially. Nowadays, ADHD has become so common, it’s now considered normal.

There is no question that constant exposure of EMF is disrupting children’s delicate undeveloped brains.

“Studies have shown EMF energy proves to have detrimental effects on the sensitive developing brains of children.”

“Increased behavioral problems including hyperactivity and conduct problems in children with prenatal exposure to mobile phones have also been reported”.

We are electrical beings. Our bodies are finely tuned machines that depend on a series of electrochemical reactions. Nerve transmission is electricity… the conduction of electrical impulses is what our nervous system and brain rely on…

The human body simply wasn’t designed to deal with this explosion of EMF activity in today’s environment.

Side note: EMF also disrupts the pineal gland. The pineal is a pea-sized gland centered in your brain.  It produces chemicals such as serotonin; which is responsible for making you feel happy. And it also secretes melatonin which is a chemical that has been widely documented to fight cancer. The pineal gland is light sensitive, so as the sun goes down, your pineal gland begins to go to work and helps you go to sleep. When the sun rises, your body stops the melatonin production signalling you to wake up… EMF simulates blue light, (which is a natural electromagnetic energy) which means as the sun goes down, EMF “tricks” the pineal gland to remain inactive.

Without the pineal gland producing enough melatonin, the risk of cancer rises – especially the types that are hormone-dependent, like breast and prostate cancers.

Unless you live off the grid or live in an Amish community, EMF is nearly impossible to escape… but there are various degrees of measures you can take to limit you and your family’s exposure.

At the very least, turn off your WIFI router before you go to sleep. Try to limit as many electrical devices you can in the bedroom – especially charging phones, charging laptops and wireless landline phones. This is especially important for your baby’s nursery. And whatever you do NEVER use a baby monitor.

If you feel run down and suspect EMF may be responsible, or you would like to learn more about protecting your family from this unsuspecting carcinogen – then be sure to check out ‘The non-tinfoil guide to EMFs‘.