THE SCIENCE OF YOGA

If you’ve never tried yoga, or never read about its immense benefits – one would be inclined to think that it’s nothing more than stretching your muscles. 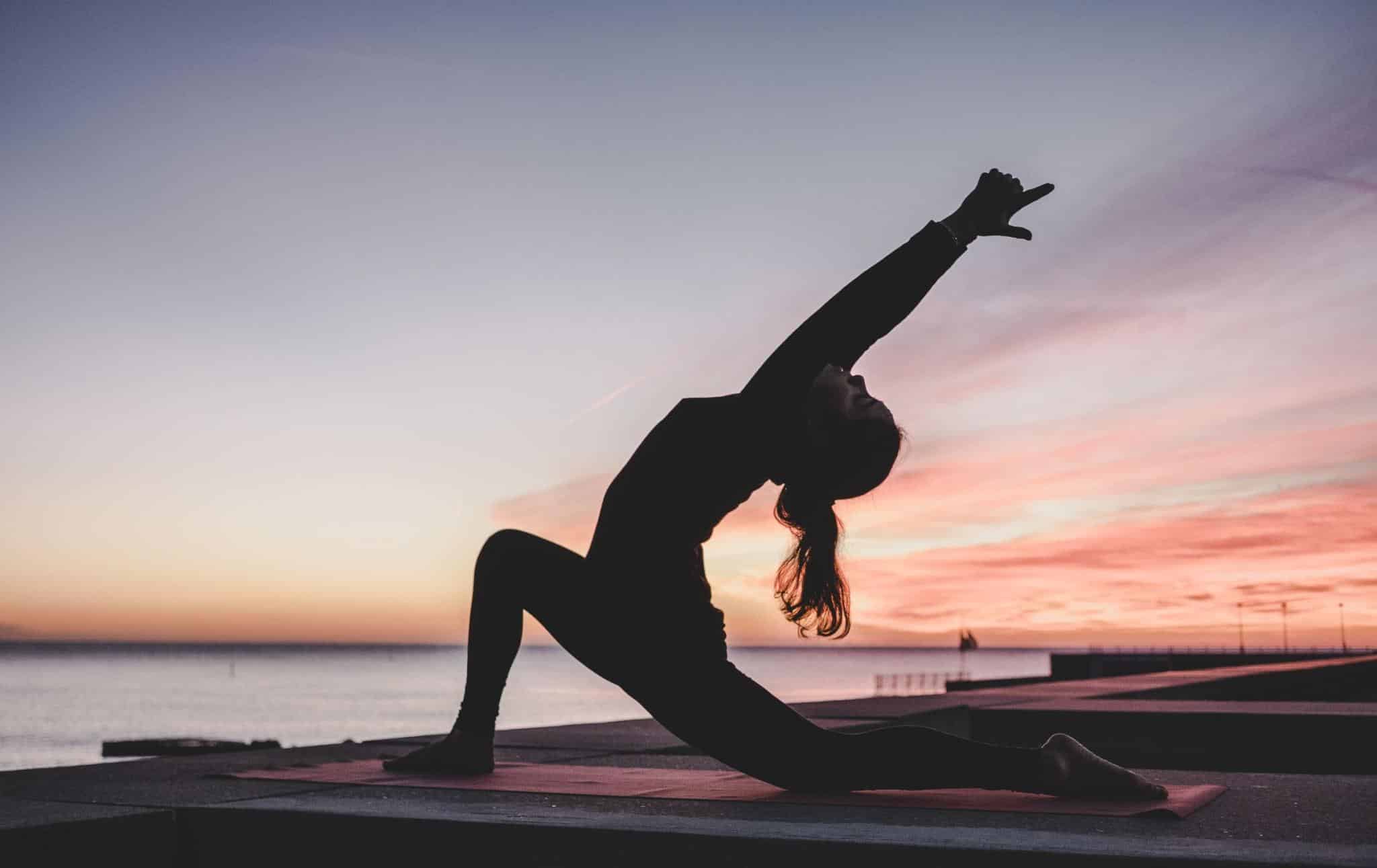 But on the contrary; yoga offers more to the body and soul than any other exercise.

Keep reading until the end and discover why you’ll never get that perfect ‘yoga body’ unless you incorporate a particular practice throughout your routine.

But first; check out this documentary that proves the abundance of its benefits: ‘The Science of Yoga’.

Scientific studies have uncovered a host of benefits from practising yoga such as:

Elevated mood – Researchers from Boston University discovered that yoga is the best exercise for elevating your mood and reducing anxiety. https://www.sciencedaily.com/releases/2010/08/100819112124.htm

Using magnetic resonance spectroscopic (MRS) imaging, researchers scanned the brains of participants before and after the 12-week test.  The findings revealed that ‘brain gamma-aminobutyric (GABA) levels’ of yoga subjects were much higher than the control subjects (low GABA levels are associated with depression and other anxiety disorders).

Denser bones – In recent decades, several medical and scientific studies on yoga proved it to be very useful in the treatment of osteoporosis. https://www.health.harvard.edu/womens-health/yoga-another-way-to-prevent-osteoporosis

Improved brain function – Practicing brief sessions of Hatha yoga and mindfulness meditation can significantly improve brain function and energy levels, according to a new study by the University of Waterloo. https://www.sciencedaily.com/releases/2017/09/170906103416.htm

Thickened layers of the cerebral cortex – Yoga practitioners develop increased neuroplasticity in the area of the part of the brain that is associated with higher learning. https://www.livescience.com/35129-yoga-increases-brain-function-bone-density.html

Weight management – Yoga has been found to be particularly helpful in the management of obesity. https://www.ncbi.nlm.nih.gov/pmc/articles/PMC3415184/

Stronger immune system – New research published in the Journal of Behavioral Medicine suggests that yoga can be a helpful way to boost your immune system and decrease inflammation in the body. https://www.psychologytoday.com/au/blog/urban-survival/201802/new-research-how-yoga-boosts-your-immune-system

Originating from India; yoga has been practised for thousands of years. Although it’s now very popular in the west; most people only focus on the physical aspect of yoga – without benefiting from the meditative aspects.

It’s no secret that meditation is incredibly good for you.   But few of us find the time to practice it. And those who do; often have trouble switching off the ‘internal chatter’ of their mind.

Yoga is the perfect opportunity to meditate as the exercises help silence the chatter of your mind.

If you regularly practice yoga but focus your thoughts on what you’re cooking for dinner or what you’re planning for the weekend; you’re missing out on half of yoga’s benefits.

Instead; try to practice mindfulness. Focus on what you’re doing and let the act of yoga silence the mind.

When practising yoga; you should be focusing on your breathing while focusing on holding your poses. These acts alone will clear your mind like a Zen master. Only then will you reap the full benefits of yoga.

If you have trouble focusing your mind while meditating; click here and take your free copy of ‘concentration and meditation’ by Swami Paramananda (no, you don’t need to add any details; it’s free).

With so many types of yoga; which one is best for you?

Each type of yoga has a slightly different focus, and one may be more appropriate than another for people who have certain interests and abilities.

Hatha Yoga – In the western world, Hatha is a generic style that uses postures from a range of other yoga practices. Hatha is a great place to start if you’re a learner or if you’re elderly.

Kundalini Yoga – This practice focuses on releasing kundalini energy which is stored in the lower spine. Exercises are intensive and invigorating that require attention to breathing, with a lot of techniques that work the core. Because this yoga practice concentrates on both the physical and spiritual; mantras, chanting and meditation are often incorporated.

Ashatanga Yoga – Not recommended for beginners; Ashatanga consists of a series of six sequenced, physically demanding yoga poses. The downside is that this style can become boring after some time because you’re applying the same poses time-after-time.

Vinyasa Yoga – the Sanskrit translation for Vinyasa is: ‘to place in a special way’ which in this case; are your different postures. Movements for Vinyasa Yoga are coordinated with breath and flow from one posture to the other. Poses change often.

Vinyasa yoga is the most physically challenging style of all. Because Vinyasa is such an athletic style; its postures are often borrowed by other types of yoga such as Power Yoga, Prana and Ashtanga.

Iyengar Yoga – Focused on the body’s alignment and corrects posture; Iyengar is a great style for people with lingering injuries (see your doctor first). Since precision poses are required; each move is held for longer. Although this style is great for all ages; it can be a little tricky, so make sure you start at level one… even if you’re experienced in yoga.

Bikram Yoga – Named after Bikram Choudhury; this type of yoga is known for its sweat sessions. Set in a room with temperatures similar to a sauna; Bikram Yoga practices 26 basic techniques (performed twice); set in a sequence.

Hot Yoga – is similar to Bikram; but not confined to the 26 poses.

Practising Bikram or hot yoga, however, may be dangerous for those with high blood pressure, a heart condition, or metabolic syndrome.

Yin Yoga – This practice is much slower, holding poses for several minutes; focuses on the meditative and spiritual aspects of yoga.

Nada Yoga is a spiritual practice that focuses on meditation, chanting, mantras and singing devotional songs.

Musical instruments are always welcome but Tibetan singing bowls are often used as well as tingsha’s, drums or crystal singing bowls because of their trance-inducing properties.

Prana Yoga – Prana translates to life force energy which is the same as what the Chinese call Qi (chi).

Prana Yoga concentrates on breathing exercises with gentle stretching which helps the circulation of Prana throughout the body – giving the same benefits as the Chinese practice of qigong (qigong circulates Qi throughout the body).

The Pro’s and Con’s of yoga classes

Depending on your goals or interests or personality; yoga classes can have different outcomes…

Con: Getting to class after work during rush hour traffic and then trying to find a park can be stressful.

Pro: Planned time slots are a great way to stick to your health commitments.

Con: Class fees add up over a period of time.

Pro: Classes are a great way for learners to understand proper technique.

Con: You have to keep to the pace of the class.

Con: Your pace and progress is confined to the weakest link in the class.

Con: Too many distractions in classes to meditate while doing exercises.

Con: You are confined to the same exercises week-after-week without any progression.

Con: If you’re a little overweight or self-conscious, this might cause anxiety.

Con: If you’ve got a tight schedule; finding a nearby class that suits your needs is difficult.

As you can see; there are a few more ‘cons’ than there are ‘pros’…

For many people, practising yoga at home, following a video tutorial or video trainer has many more benefits.

Does Yoga really help to lose weight and shape-up?

For somebody who’s never given yoga a go; one would be forgiven for thinking that stretching your muscles does little to nothing for weight loss…

But once you’ve experienced it for yourself, you see that yoga demands a great deal of strength, flexibility, endurance, and mental focus.

I gave up yoga classes and began practising at home long before I decided to take a teacher training course in India… my main reason being that I like to determine the length and pace (and style) of my yoga regime.

As mentioned earlier, yoga classes can hamper your weight loss progress because classes are limited to the abilities of the weakest link. And if you throw a jaded instructor into the mix, the class just got even less beneficial.

In order to maximize your weight loss; you need to incorporate ‘Dynamic Sequencing’… which works best when you are practising at home or with a group that has similar fitness levels.

Dynamic sequencing teaches you how to properly perform each movement and then continues to adapt and increase the challenge at the precise moment your body starts to get used to the routine. This forces your body to change and adapt, which in turn, helps to build a shapely, yoga body that not only looks better but feels better too!

If you’re a little tired of classes and want to maximize your weight loss while doing yoga; be sure to check out:

The unique 3 phase program guides you through a series of different videos that are laid out in a way that will keep your body and mind guessing to ensure you do not get bored or hit a plateau.

Yoga is incredibly popular for a reason… because it not only trains the body but also the mind. Now that you have scientific evidence of its therapeutic and physical benefits; it’s time to give it a try!