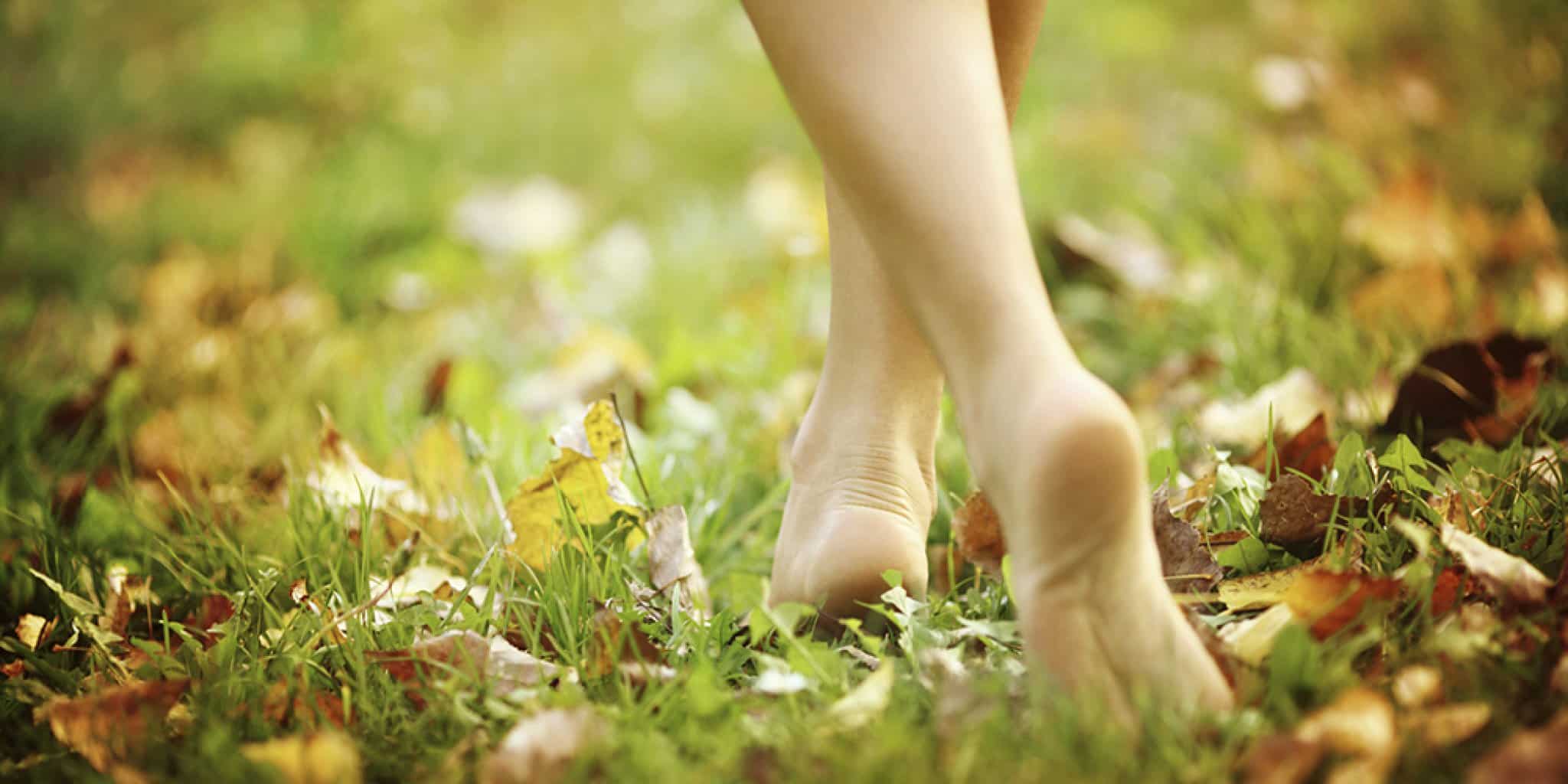 A filmmaker in the Alaskan wilderness who suffers from severe back pain, has to complete is daily chores if he wants to survive…

Despite the freezing temperatures, he climbs under his house where there is no snow, strips down so he can become ‘grounded’ with the Earth… not long after, he feels a sensation of well being… the next morning his back pain is gone.

Check out the incredible documentary “The Grounded” (above) which details this fascinating journey of natural healing (below is a text summary of the video).

Next time, rather than going to such extremes for relief, he drives a metal spike into the ground, with a copper wire that he connects to the house to bring the energy right into his cabin…

He decides to conduct an experiment to see if this phenomenon works on other things.

So he cut two sprigs of a sapling and put them in water to see if they bud – one he ‘grounds’ the other he doesn’t.

He furthers the study by doing the same with two bunches of lilies.

The film crew of this documentary gave grounding a try: one reported that he stopped snoring and the other stopped grinding his teeth.

Before long, everyone in the small Alaskan village who suffered from chronic pain or a nagging ailment joined the grounding experiment.

The positive transformations in the village were nothing short of a miracle… so the filmmaker contacted NASA for answers.

Charlie Duke – the 10th man on to walk on the moon from Apollo 16 (1972) agreed to talk to the film crew… and revealed that he believes in the healing power of the Earth and calls it ‘intelligent design’.

The crew visit Dr David Suzuki (Scientist and popular broadcaster)… he was told about the immense health benefits the small village was experiencing and Dr Suzuki was not surprised… agreeing that the Earths resonance has healing powers.

They spoke to historian Freddy Silva who clearly understands the Earths energy fields from the perspectives and intuitions of the ancient people…  Mr Silva pointed out that Grounding is nothing new and that the ancients were aware of the healing power of the Earth. With new evidence suggesting that many pyramids of Egypt were designed with ‘resonance chambers’ that were actually used for healing.

As the film crew digs deeper, they uncover the truly astounding health benefits that grounding offers.